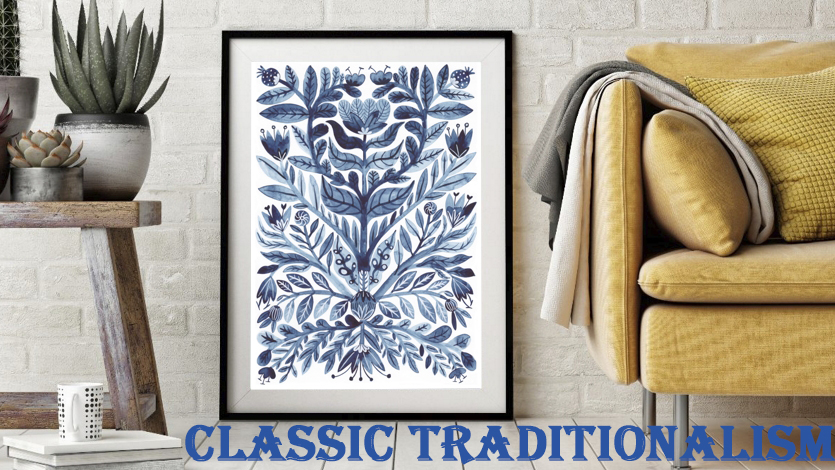 Although classical traditionalism is an interior design trend that will have a recurrence in 2021, it is in fact a trend that has never gone out of style. Classic Traditionalism takes inspiration from the 18th and 19th century and incorporates all of the best design elements from those periods into one overall design.

Mainly incorporating classic art, antiques and pieces with history, Classic Traditionalism is a celebration of design which combines eclectic pieces into a harmonious design with the common denominator being a nod to exquisite design history. It is due to this that allows it to be an interior design style that never gets tired or goes out of style, as it uses the best design elements from history while being open-ended to allow for experimentation with additional features.

Examples of patterns that would work within this theme are ‘Folk Flora and Fauna’ and ‘Blue Rhapsody’ which both draw influences from cultural designs and pattern making and use tones which are reminiscent of those found with 18th and 19th century design. 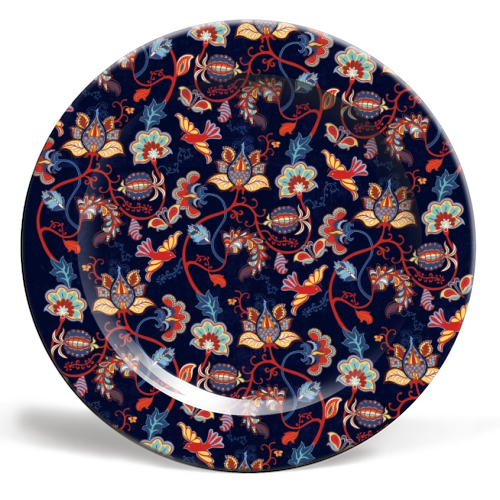 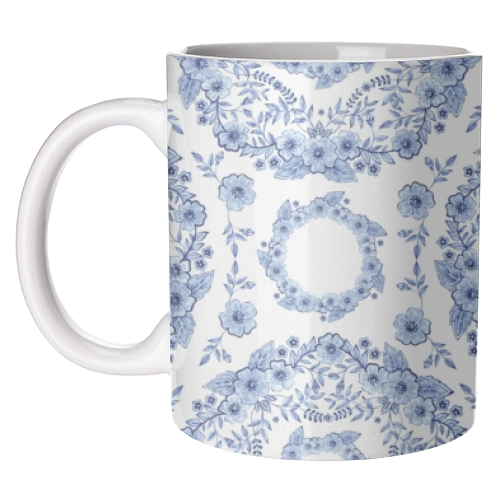 The key idea of classic traditionalism is to create a space which showcases the best that design has to offer while doing so in a way which brings about a sense of harmony and order.

At first it seems to be almost an impossible task to combine designs from European, English and Far Eastern décor, yet somehow the elements all seem to be able to work together. Keeping backgrounds neutral helps the design elements to really stand out, with furniture being the main focus point, followed by soft furnishings and artwork.

Design patterns were often influenced by the Far East and hand-embroidered designs from Argentina, with them often favouring symmetry and natural materials over colour. Rich Jewel tones were often also used against the neutral walls in order to bring warmth to a room and add luxury.

This was particularly seen in floral patterns often used in furniture coverings and soft furnishings; however, they can easily be used in accessories. Designs such as ‘Indigo Floral Watercolour’ and ‘Green Floral All Over Pattern’ add warmth and colour to a room, while being in a style reminiscent of that of Classic Traditionalism. 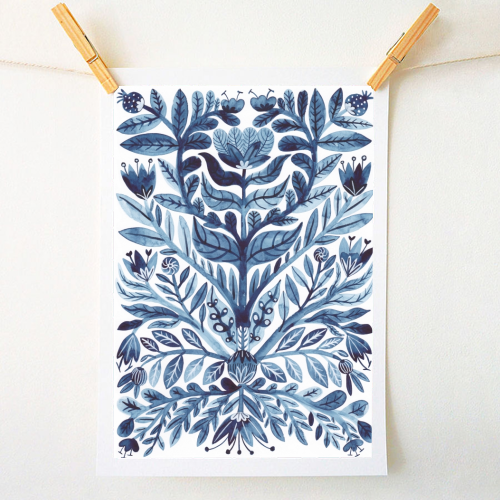 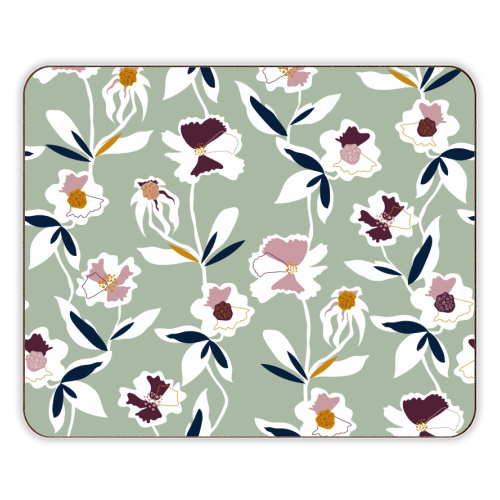 Nowadays people are experimenting more with how to use Classic Traditionalism, with palettes becoming bolder and more saturated while still remaining welcoming instead of becoming jarring or too graphic. It is a style which appeals to all ages due to the room left for interpretation when it comes to finishing touches and accessories, as Classic Traditionalism focuses mainly on furniture and soft furnishings, such as curtains and throws.

But also due to the fact that, although predictable, classical traditionalism ensures a level of comfort and familiarity which automatically creates a sense of home and belonging. It is a style which is neither offensive for being bold and outspoken, or for being too plain and boring due to its elegant yet comforting nature. 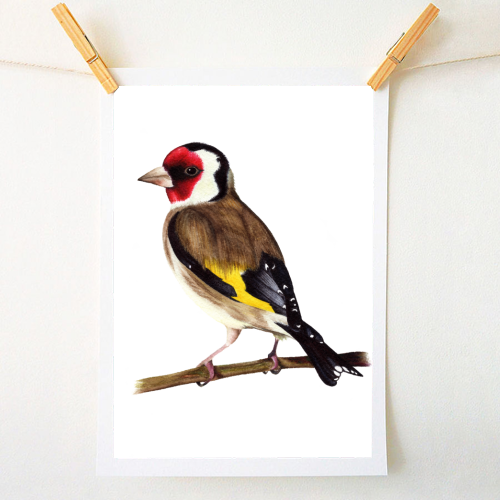 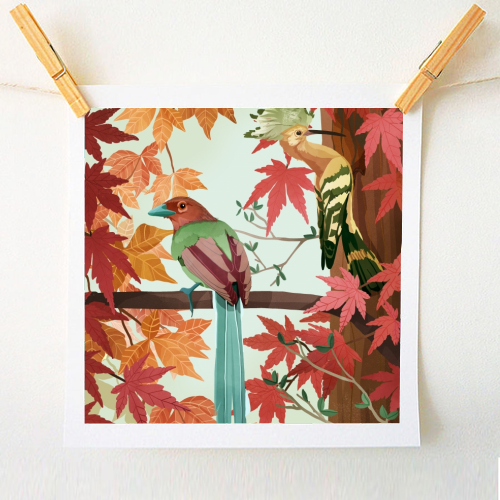 Combining Classic Traditionalism with Modernism is one of the easiest ways to revamp the design trend, with this expecting to be huge interior theme in the coming years. As we are spending more time at home, we are reverting back to interior styles that make us feel comfortable and relaxed, which is exactly what Classic Traditional does – it makes you feel at home.

However, twists on the classic but introducing new, more modern elements can help people who are struggling to find harmony within their eclectic belonging. Plus, it allows bolder personality to be injected into traditional elements.

Adding abstract artwork into a room with a Classical Traditionalism style is an easy way of bring a bit of modernism into the design, with artworks such as ‘Brush Strokes’ and ‘Amara’, adding colour and texture without being too dominant as to take away from traditional elements. 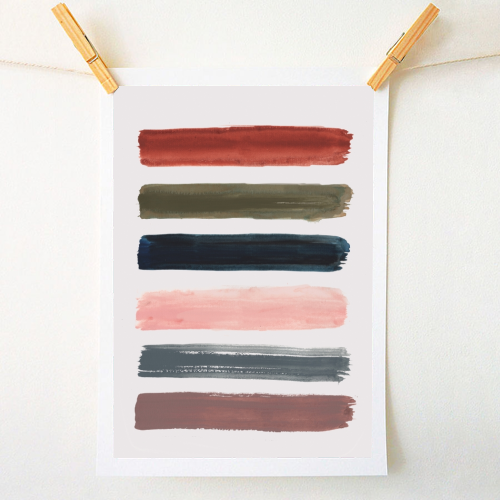 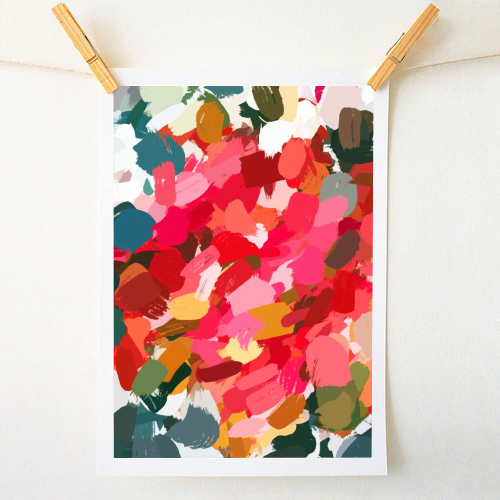 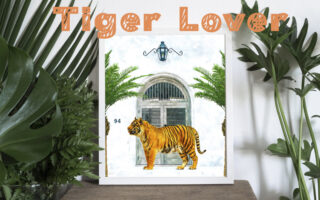 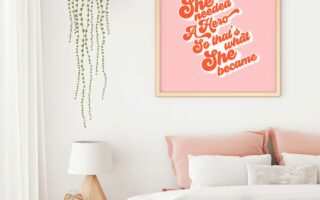 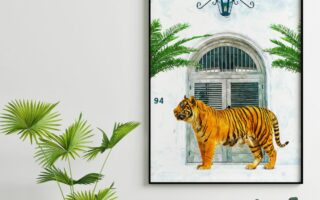 New unique gift ideas for you